It is estimated that 2.7 billion people worldwide, who mostly live on incomes of less than US$2/day, depend on solid biomass fuels (fuelwood, charcoal, animal dung, grass, shrubs, agricultural residue) to meet their basic energy needs for cooking and heating. Many of these people cook on open fires, often inside their homes. As well as being very inefficient in the use of scarce firewood, women and children are exposed to harmful levels of wood smoke, which is a major cause of respiratory disease and premature death. Cook stoves are estimated to contribute around a third of global carbon monoxide emissions while the black carbon particles and other pollutants in biomass smoke are also thought to play a role in global warming.

Improved cook stoves, designed to burn biomass fuels more cleanly and efficiently than traditional stoves, have been promoted by charities and governments in many developing countries since the 1970s. A variety of approaches have been tried, including “build-your-own stove” projects, community-focused participatory schemes, manufacturing stoves in remote villages and market-based commercial activities.

In other countries, the progress has been less spectacular. Schemes have failed for a whole range of reasons which are only partially understood. Reasons for failure include: cost of the new stoves, cultural resistance to change, negative experience with previous “development” projects, lack of fuel, failure to understand users’ needs and so on. Some stove initiatives have relied solely on the attraction of new technologies rather than taking a more holistic approach which learns from past mistakes and also from successful intervention projects.
The cost of energy efficient cook stoves is relatively high. Hence, most of the targeted households cannot afford them. In attempt to enhance demand, uptake, and adoption, Carbon Zero Kenya has adopted a participatory and cost effective approach. The approach has led to the training of local communities on stove production; sourcing stove materials from local materials thus enhancing affordability and access to efficient cook stoves. Carbon Zero seeks to produce very low cost cook stoves that low income earners can easily afford and still acquire the fuel efficiency. 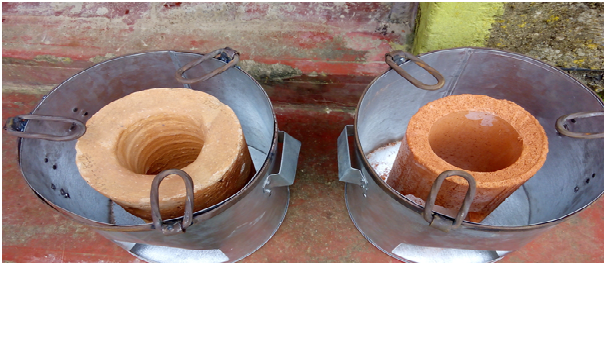 In order to enhance adoption and utilization of efficient cook-stoves, Carbon Zero undertakes education, community sensitization and awareness creation to address health, livelihood and quality of life. Through regularized usage surveys, qualitative data collected and analyzed help in addressing the socio-cultural concerns/needs of the target beneficiaries/community.
Carbon Zero continues to widely research and develop cheaper but efficient stoves taking into cognizant that continuous innovation as well as testing of technology in use assist in stove improvement.
Carbon Zero keeps on sharing experiences and expertise on market development for efficient cook stoves and socio-enterprise community organizing for enhanced household efficient cook-stove adoption.