The recently concluded Monitoring Kitchen Survey conducted in Kisumu East in August 2016 led us to a household where Masela Odero, a 73 year old widow who lives with her daughter in law in Simboi village that is about 12kms from Kisumu town recounted her story.

Masela noted that “…..The three stone stove wasn’t working for me, because the stones were not stable enough to hold a cooking pot firmly. I kept struggling to adjust the stove size according to the cooking pot size and also regulating the amount of fuel was chaotic .As a result I had to bend in order to cook therefore by the time the meal was ready I was too tired to eat hence I had to look for a quick alternative source of stove .I had to pay a neighbor who was demanding 500/- ksh to build me a none portable stove, little did I know that it was the beginning of my problems.”

She continued to narrate that “First the stove consumed a lot of wood fuel since not all the heat was channeled to the cooking pot also the stove had no liner a whole log would fit in it. The smoke emitted was a major concern because there was blackening of the wall from soot and coughing was inevitable. Cooking wasn’t pleasant because the too much heat would make me stay far away from the stove, to avoid this I told my daughter in law to cook all the time, of course it made her dodge by pretending to go to the river in order to avoid cooking. In addition to all this I had to pay for repairs and maintenance of stove, the clay used was poor quality. Cooking was a chore I enjoyed but now I was made to think twice”.

Further she stated that “Just as I was about to give up on cooking carbon zero distributed improved stoves at no fee and I was a lucky beneficiary. It is fixed thus it eliminates the possibility of it toppling over when the food is being cooked or when children are around. Less firewood is used, which means that the wood burns more efficiently in the improved stove as compared to traditional cook stove. The liner minimizes the smoke emitted outside this reduces Blackening of the walls from the soot. This contributes to a great extent to the comfort of cooking making it enjoyable therefore no more dodging for Selina. For the health benefits my back does not hurt because I sit next to the stove where the heat is easily regulated. The best part about of the stove is that we have contact information of the field officers in case of issues like damages the stove is repaired free of charge hence making it affordable and sustainable for me”. 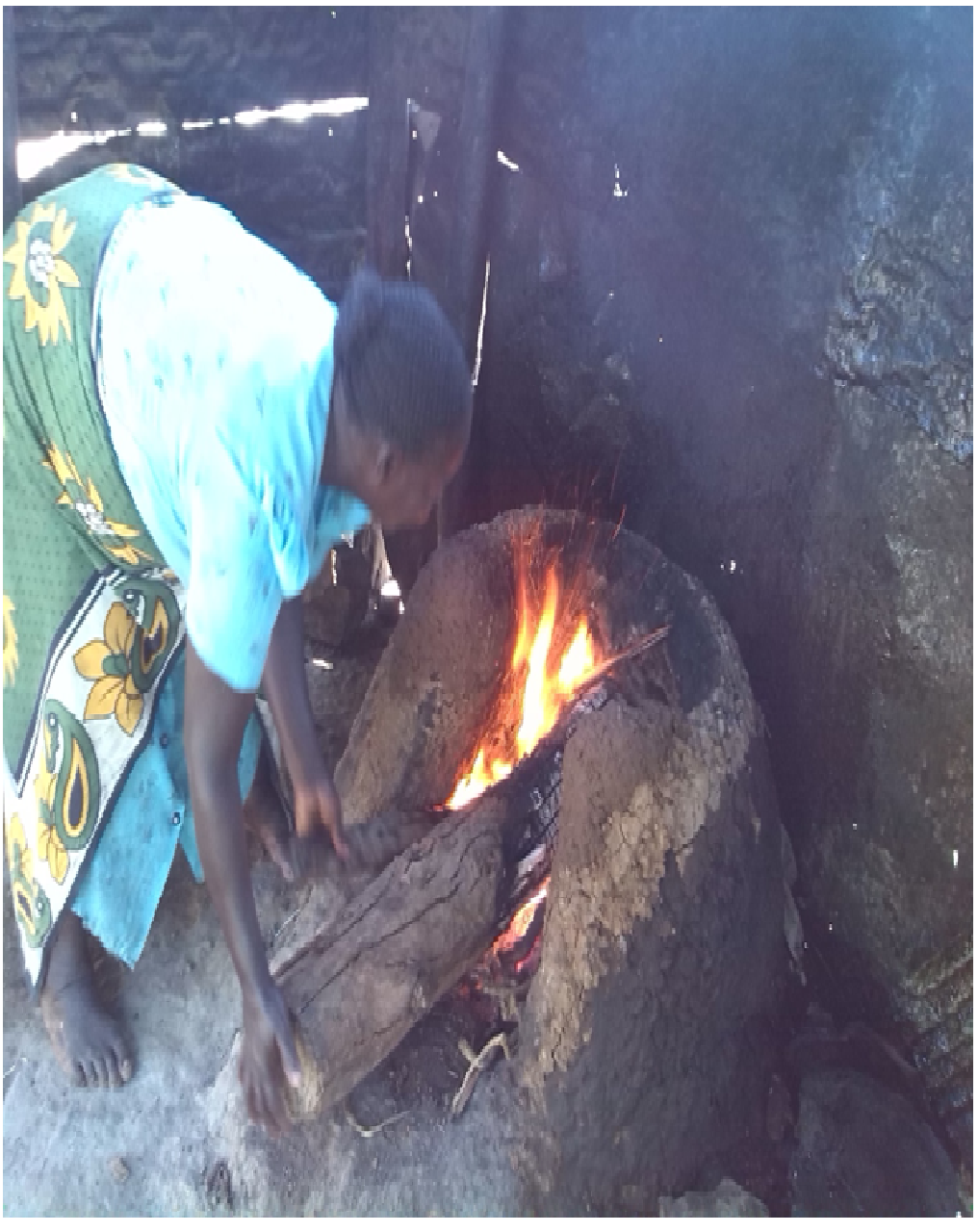 The above photo shows a different household a woman cooking using traditional stove.

Look at the wall full of soot and the whole log that had to be used. The cracks on the edge clearly show the stove is not stable. The smoke emitted is also very wanting. 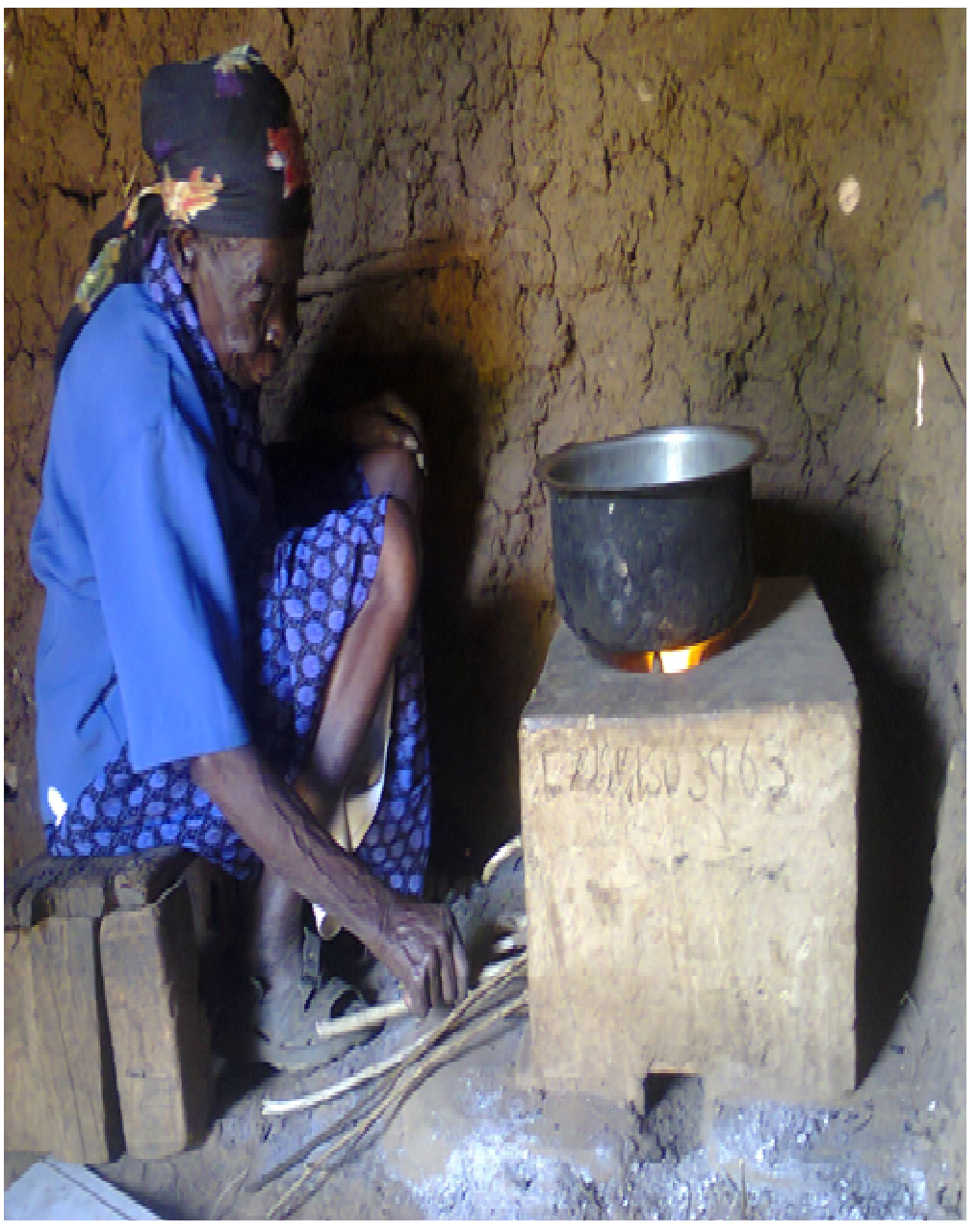 With a smile she says that ….‘‘No trace of smoke is evident, costs on wood is friendly due to low fuel consumption. Sitting next to the stove is easy since it is fixed .the wall is clean and I love cooking all over again. My sincere thanks to Carbon Zero for the great job they do in the rural communities in Kenya and beyond.”

By Christine Nabutete and Moses Maina