According to WHO indoor smoke from coal, wood or dung – used as cooking fuel by more than 3 billion people worldwide – ranks ahead of unsafe water as a cause of death in low- and middle-income countries. Almost 2 million deaths a year are caused by cooking smoke, which is linked to pneumonia in children, chronic obstructive pulmonary disease, low birth weight babies and lung cancer, according to the World Health Organization.

Most families across the globe especially in developing nations depend on traditional stoves for cooking. These stoves emit a huge amount of smoke that affects the families. Because cooking chores most often fall to women, and children are typically at hand, they are the primary victims of smoke-related respiratory illnesses such as pneumonia, lung cancer, and chronic obstructive pulmonary disease. Smoke inhalation from cooking over an open fire annually kills 1.6 million adults and children annually.

In Kenya Carbon Zero Kenya has worked with local community members distributing rocket stoves to help reduce effects of three stone fires. The rocket stoves have been praised by various users in local communities because they save precious wood while reducing cutting of forests, reduces the risk of children injured by fire, and not least the flex oven create less smoke indoors, which is vital for health. Many say the rocket stoves have simplified cleaned their kitchens by sending away smoke. 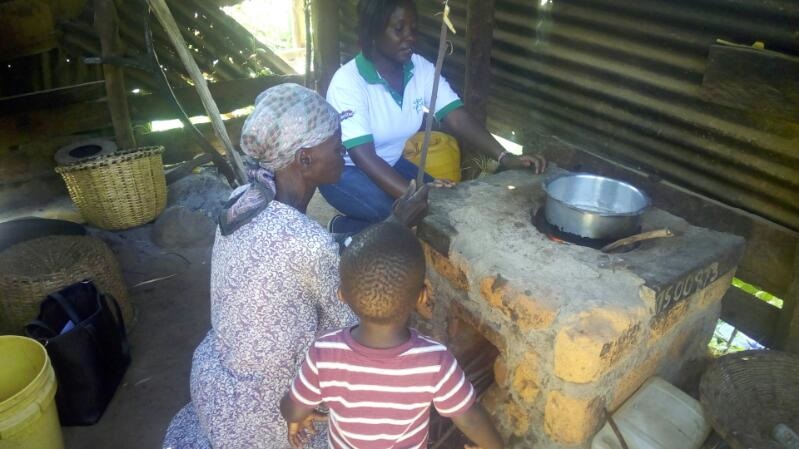 Recently in one of our community cook stove projects in Western Kenya in Kisumu we visited Mary Akeyo one of our rocket stove beneficiaries who shared her experience having used the Carbon Zero Kenya rocket stove for the last five years. Mary explained that prior to getting the rocket stove she used to have a traditional three stone stove, which would emit a lot of smoke that affected her and her family. The stove would emit smoke that made her and her three kids cough a lot forcing them to seek medical attention many times, at least thrice a month where they were charged about Kes 300 per checkup per person. This saw her family spent at least KES 1500 per month. 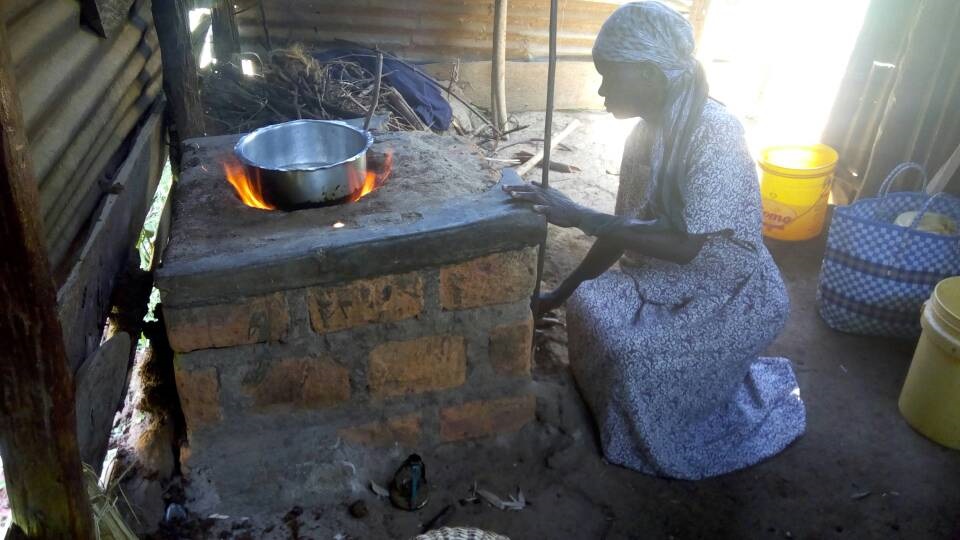 Also she explained that during this period she had issues with her eyes, shedding tears while cooking even her husband couldn’t support her with the cooking chores as he feared the smoke. Her kids could not even read while at home as the smoke would not provide a conducive environment for them to study. But today she is happy to cook anytime as the smoke is a gone case, her kids can study freely, the many visits she used to go to hospital for treatment of coughs are no longer there, she is happy. Even her husband can afford to cook a meal or two for his family as the kitchen is clean. She further explains that her cooking pots are clean too unlike before when they were all infested with smoke. 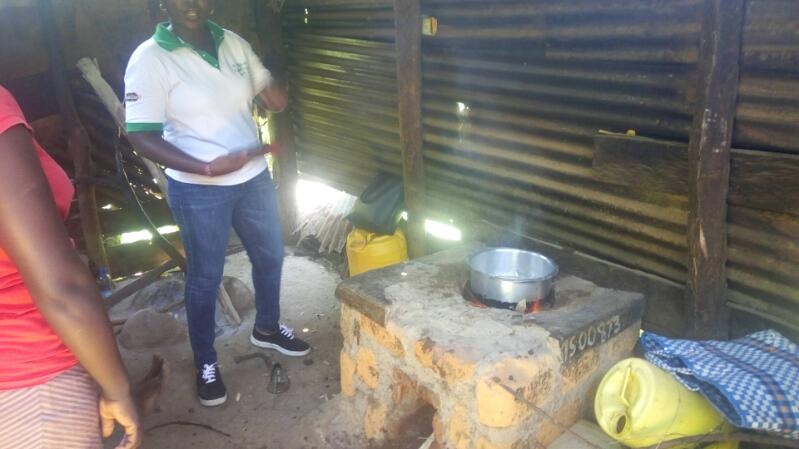 Mary explains that smoke is really dangerous and without one noticing it has effects that can even cause death. She explains the difficulty in breaking her youngest child used to have and how scared she would be at times thinking her kid would collapse and die, she even feared living her kids at home alone. But to her excitement all these are no longer part of her worries. She even says that part of the money she has managed to save from going to hospital for medical checkups she has used to it to feed her family. She is really excited about the rocket stove. As we finalize our chat with Mary she reminds us that smoke is dangerous!