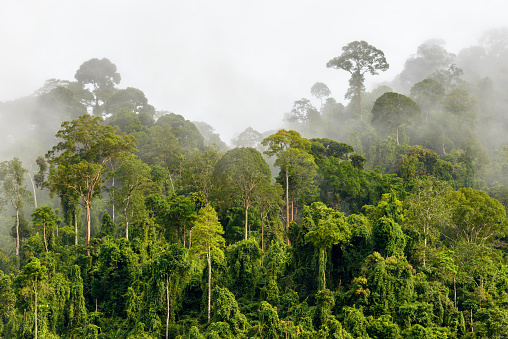 With COP26 ending, let’s take a closer look at one of the more landmark announcements: a pledge to end deforestation by 2030. The pledge as written is to work ‘collectively to halt and reverse forest loss and land degradation by 2030 while delivering sustainable development and promoting an inclusive rural transformation’. In support of this pledge there is the intention to provide up to US$12 billion in forested-related climate finance between 2021-2025, with the intention to benefit indigenous communities, create deforestation-free and sustainable supply chains, as well as forest conservation and restoration.

Deforestation and degradation contribute approximately 12% of global emissions, only slightly lower than emissions from transportation, and is a key regulator of climate and global weather systems. Furthermore, forests support approximately 80% of biodiversity, which can further impact the carbon cycle. A halt in deforestation can be seen as a key step in ‘keeping 1.5 alive’ but there is no guarantee this target will be met.

The challenge was highlighted almost as soon as the pledge was made; despite President Joko Widodo of Indonesia addressing the conference and being in line to receive £350m from the UK alone over the next five years, the next day the county’s environment minister stated the commitment was “clearly inappropriate and unfair”, highlighting that development including deforestation for food will need to continue in the country. Brazil also took a similar stance before COP26 had concluded. And this attitude has a precedent, in 2014 the ‘New York Declaration on Forests’ pledged to halt deforestation by 2030, with the added commitment that forest loss was to be halved by 2020. Since then, forest loss has in fact increased.

Whilst these declarations provide an opportunity for governments to show they are willing to make change, as with many non-binding pledges, rarely action occurs.