In April 2014, Carbon Zero Kenya (CZK) received funding from the Australian High Commission to implement a women’s cook stove project in West Kisumu, Kenya. Over the last 5 months CZK have been busy laying the foundations of  a cookstove enterprise run by the Umeme Women’s Group. In total, ten members of group have been  trained to assemble and sell the efficient cookstoves, thus providing them with a new skill, which will allow them to supplement their income from farming and improve their quality of life. So far, the project has been progressing well and has demonstrated that it would indeed be viable to upscale local cookstove production models throughout the region. It is also important to pay tribute to the hard work and dedication of  CZK’s staff  as well as the enthusiasm of the Umeme Women’s Group which has been crucial to ensuring a successful outcome. 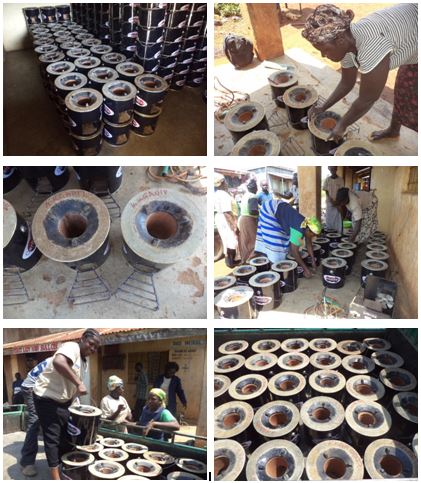 With the stove construction phase coming to an end, all efforts have now shifted to sales and marketing. Although selling the stoves is primarily the responsibility of the Umeme Women’s Group, Carbon Zero Kenya is providing support in establishing market linkages and sales networks to facilitate the volumes required.Each member of the group stands to earn approximately $1000 from stove sales, which is more than the average national income in Kenya. Ensuring that the project has a long term effect on sustainable development, the fuel efficient jikos will be included under CO2balance’ Gold Standard carbon project, which means that the emission reductions generated through their use can be sold on the voluntary carbon market to raise additional finance for the Umeme Women’s Group.