Global support for climate action is growing and with less than 100 days to go before a deal is struck in Paris, there is an increasing focus on governments around the world to match this support with political will. Unlike the heady days of the ‘90s when agreements in Rio and Kyoto left environmental campaigners euphoric, negotiations in recent years have been incremental and marred with political log jams; the signs for the latest Conference of the Parties (COP) however, have been positive and groups of all persuasions are looking forward to the outcome on December 11th.

Unlike previous COPs, all governments have been invited to publically disclose their ‘intended nationally determined contributions’ (INDCs). These are the climate pledges that countries are encouraged to submit ahead of the UN negotiations and to date 30 INDCs have been submitted covering 57 countries and almost two thirds of global emissions. Many of these have indicated ambitious reduction targets and more than 100 countries are expected to have announced their plans before negotiations begin in November. 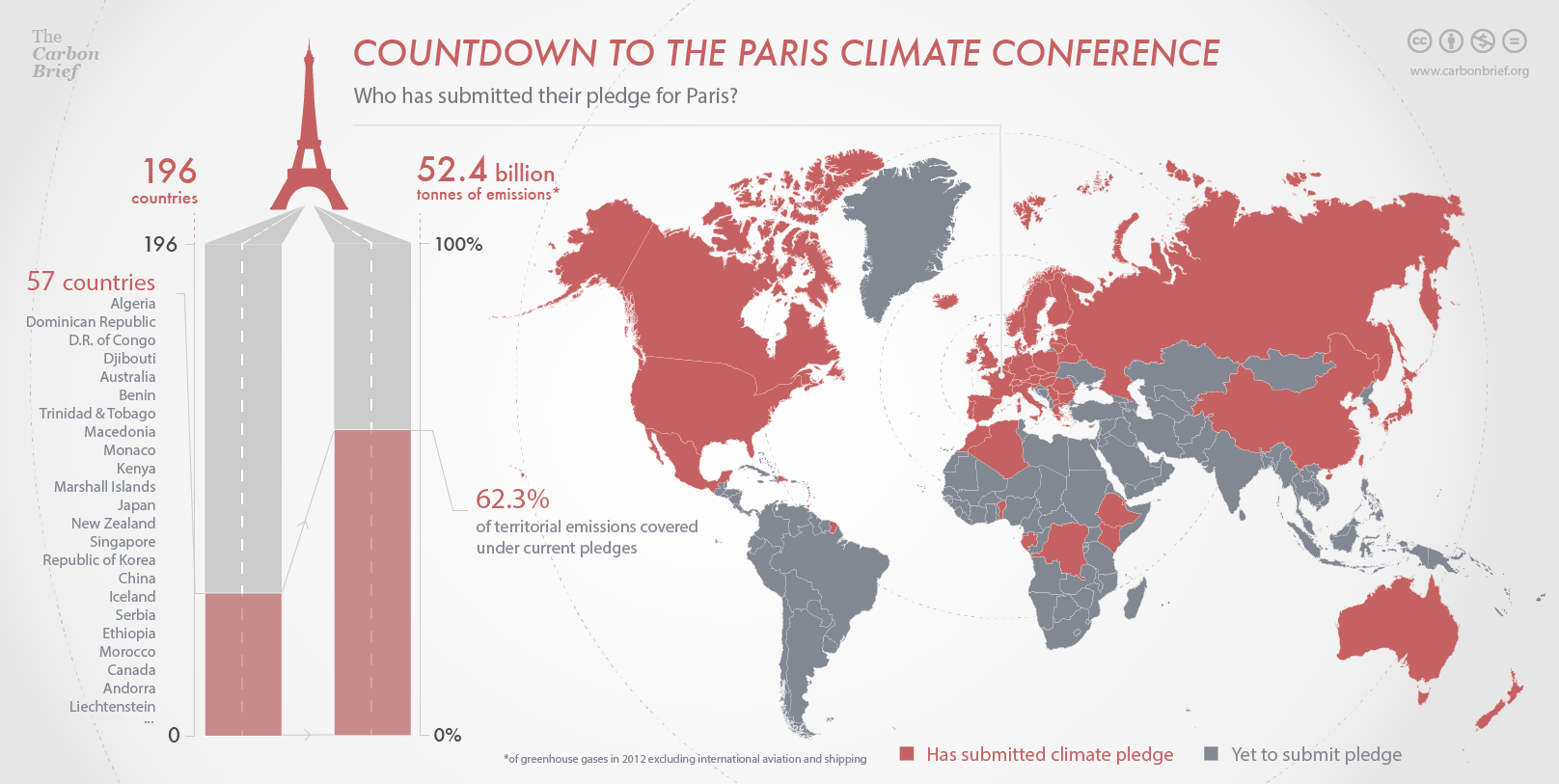 The balance between a bottom-up and top-down (with the UN tracking whether governments are committing to enough reductions) format seems to have been delicate enough to ensure that a “fair” deal is struck and, since they have been decided themselves, governments of the future are less likely to backtrack on commitments. Setting these goals will send strong signals to businesses and investors globally, raising the confidence that a path is being laid in a transition towards a cleaner planet.

Today marked the close of the penultimate UN talks before Paris and already there seems to be a more open and transparent approach to roadblock issues that may arise over the coming months. We can only hope that this approach supports productive discussions and an ambitious climate agreement that meets global expectations and sets the tone for a brighter future.

Keep an eye on INDCs on the UNFCCC website – bit.ly/1AAyvjS