Home » Blog » Improved Cookstoves » The House from my Wood Savings!

For anyone who relies on an open fire to cook daily meals, the need for fuel rivals that for food itself. Staples from Ugali to Githeri are inedible without cooking, while other foods require heat to release their greatest nutritional value. Human life requires cooking, which means having access to fuel. Still, the three-stone fire is hellishly inefficient, transferring as little as 10 percent of the heat it produces to a pot and the food it holds. Fuel is wasted, as heat is allowed to escape into the open air. The open fire consumes a lot of fuel as (a) not much heat is generated per unit of fuel, (b) only a small proportion of the heat is actually directed to the pot and (c) only a small fraction of the heat that is directed to the pot is actually transferred into the food. This requires more labor on the part of the user to gather fuel and may result in increased deforestation if wood is used for fuel.

Catherine a Carbon Zero Stove beneficiary in Kisumu East has always been using the three stone cooker ever since she was born and had never seen an alternative cook stove. She says that previously she didn’t know how expensive it was sustaining a three stone stove. Knowing well that Kisumu East has fewer forests with most land under farming the only way to get firewood was and still is through buying. While using the three stone stove she says she used to buy wood worth 700/= Kenya shillings per week and this was too expensive for her. 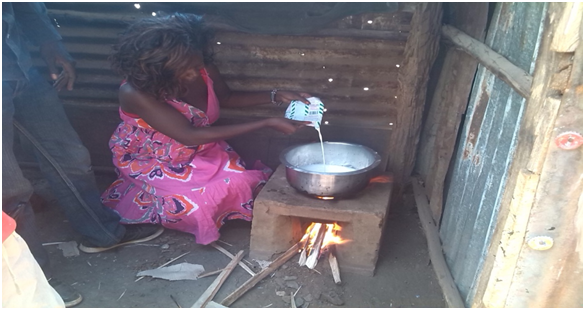 Currently Catherine says that since she received a Caborn Zero stove her life has changed so much. She says “ever since I received the CZK stove I have seen a big difference in my life. For instance the CZK stove saves wood fuel which enabled us channel some of the wood to another project of building a semi permanent house. The money we save through proper wood management and use has enabled us buy some building materials. 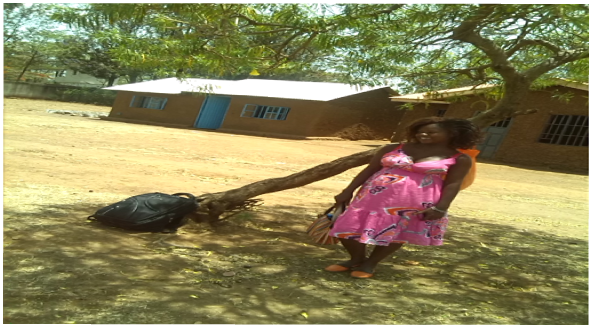 “That’s my new house at the far left hand side. Thank you carbon zero for the energy saving stove”. Says Catherine