There are approximately 110 million off-grid households in Africa and in Sub-Saharan Africa only 9% of the rural population has access to electricity. An estimated 58.3 million of those without grid access are using kerosene to light their homes. In Kenya for example 92% of the population uses kerosene for lighting. However, kerosene is expensive, typically accounting for 10 – 15% of total household income. It is bad for people’s health and the World Bank estimates that breathing kerosene fumes is the equivalent of smoking two packets of cigarettes a day. If this wasn’t enough, a single kerosene lamp emits one tone of carbon dioxide over five years.

CO2balance’s long term vision upon realizing financing goals is to distribute 10,000 solar lamps to rural communities in Africa that are most at need. Moreover, there will be several significant impacts from this project across the environment, society, people’s health and the overall well-being.

The tables below present the significant impacts of the project such as 2,000 tco2e will avoided from being released to the atmosphere in each year.  In addition, a family in Kenya could saves £74 on average on kerosene use and young people can study 2 more hours per day. 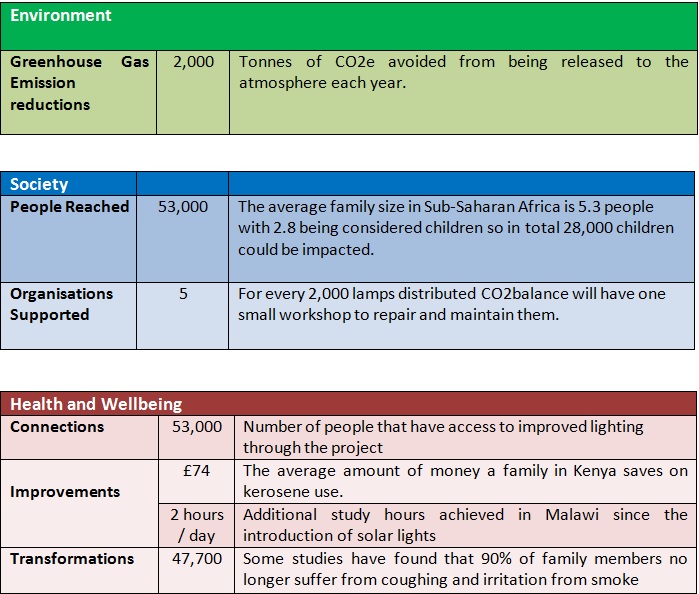