A huge population across the world especially in the developing world depends on traditional three stone fires for cooking. This primitive form of cooking negatively impacts the health of people using the stove and the well being of the natural environment.  According to the World Health Organization (WHO), cooking over traditional open fires can cause increased health problems brought on from the smoke, particularly lung and eye ailments. WHO notes that nearly two million people die prematurely from illness attributable to indoor air pollution from household solid fuel use.

In Kenya the difference is the same, three stone fires are commonly used in food preparation, and many people especially in the rural areas relate well with the simple and accessible mode of cooking. For decades, rural women have been using this cooking style minus knowing the danger that they expose themselves to.  Since cooking is a task that most cultures have assigned to women, women have been most affected by pollution resulting from food preparation this puts them at the greatest risk of developing respiratory diseases. 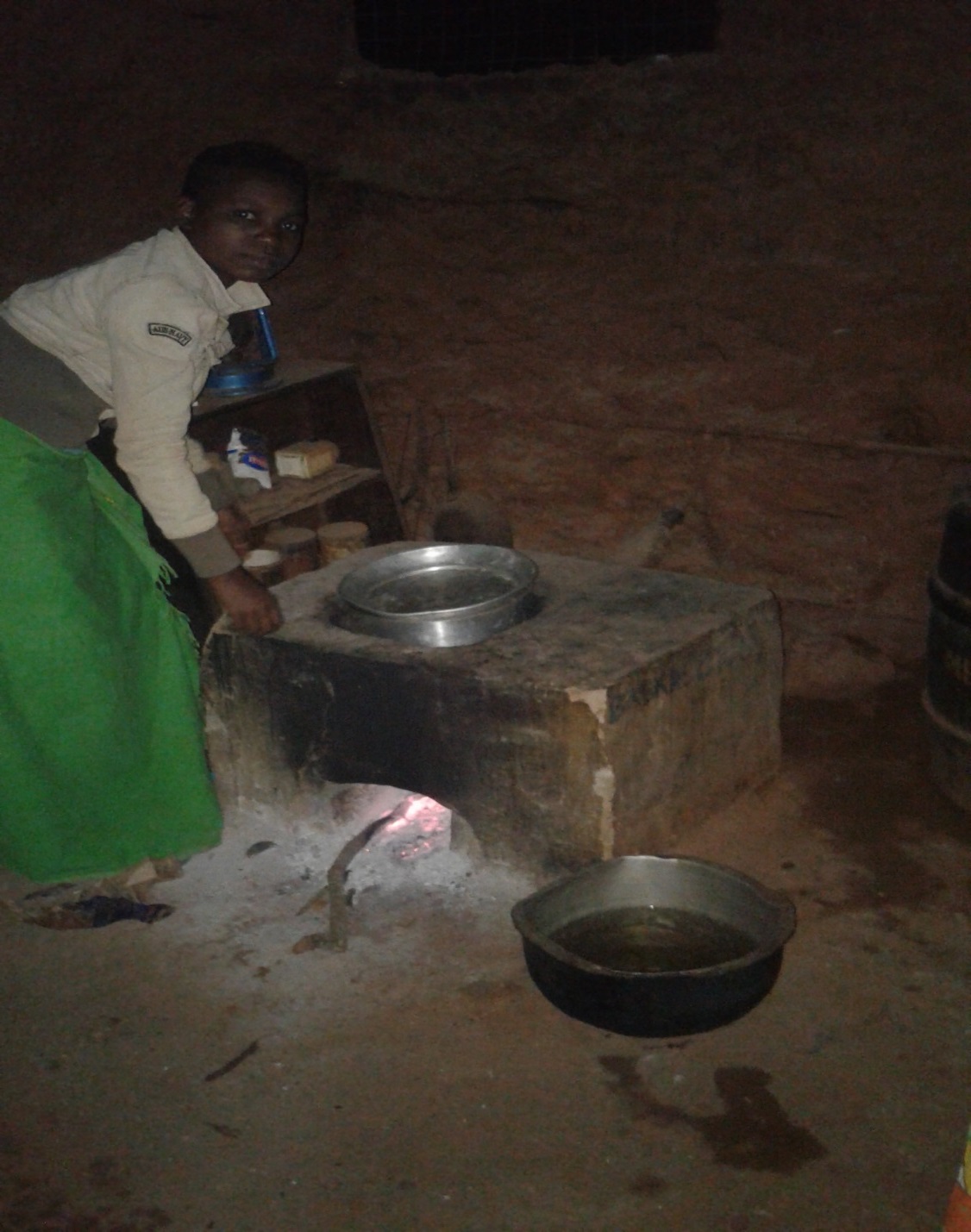 In the Coastal region of Kenya in Shimba hills Carbon zero has distributed over 10,000 energy efficient cook stoves. The stove beneficiaries highly appreciate the many social, health and economic impact that the stoves have had in their lives. The stoves have also led to the protection of the Shimba hills forest that was under threat before due to anthropogenic activities i.e. cutting down trees for firewood. Majority of the stove users are happy with the stoves performance some even calling it a hero. This has been evidenced through the many success stories that have been shared by the stove owners. One such is Zubeda’s Story;

Zubeda is a wife and a mother of two children.  With her family they live in Golini, Shimba hills in Kwale County. Speaking to Zubeda we really got to understand the difference between using the three stone stove and the improved cook stove, her moving story left us yearning to do more.

Zubeda says that “Since the installation of Carbon Zero stoves the stove has been a hero in my family, The Carbon Zero stove as had a positive transformation in my life .Initially I used to spend a lot of time in firewood collection when I was using the three stone jiko. The Carbon Zero stove uses far much less wood my earlier three stone stove.  Also the three stove emitted a lot of smoke. Since the stove used to consume a lot of wood it also produced   a lot of smoke. You can imagine staying in a kitchen that is full of smoke for over four hours a day; I used to cough a lot and also had eye irritation, always squeezing my eye – shedding tears without my wish. I had to go to the clinic at least weekly for treatment as coughing was just too much. I always had arunning nose.  My clothes were always smoky and filled with ash. The smoke and ash from the kitchen could not be tolerated by my husband and children, we used to quarrel a lot with my husband because he thought I didn’t not know how to cook, my marriage almost broke u, we just didn’t have peace.’’ 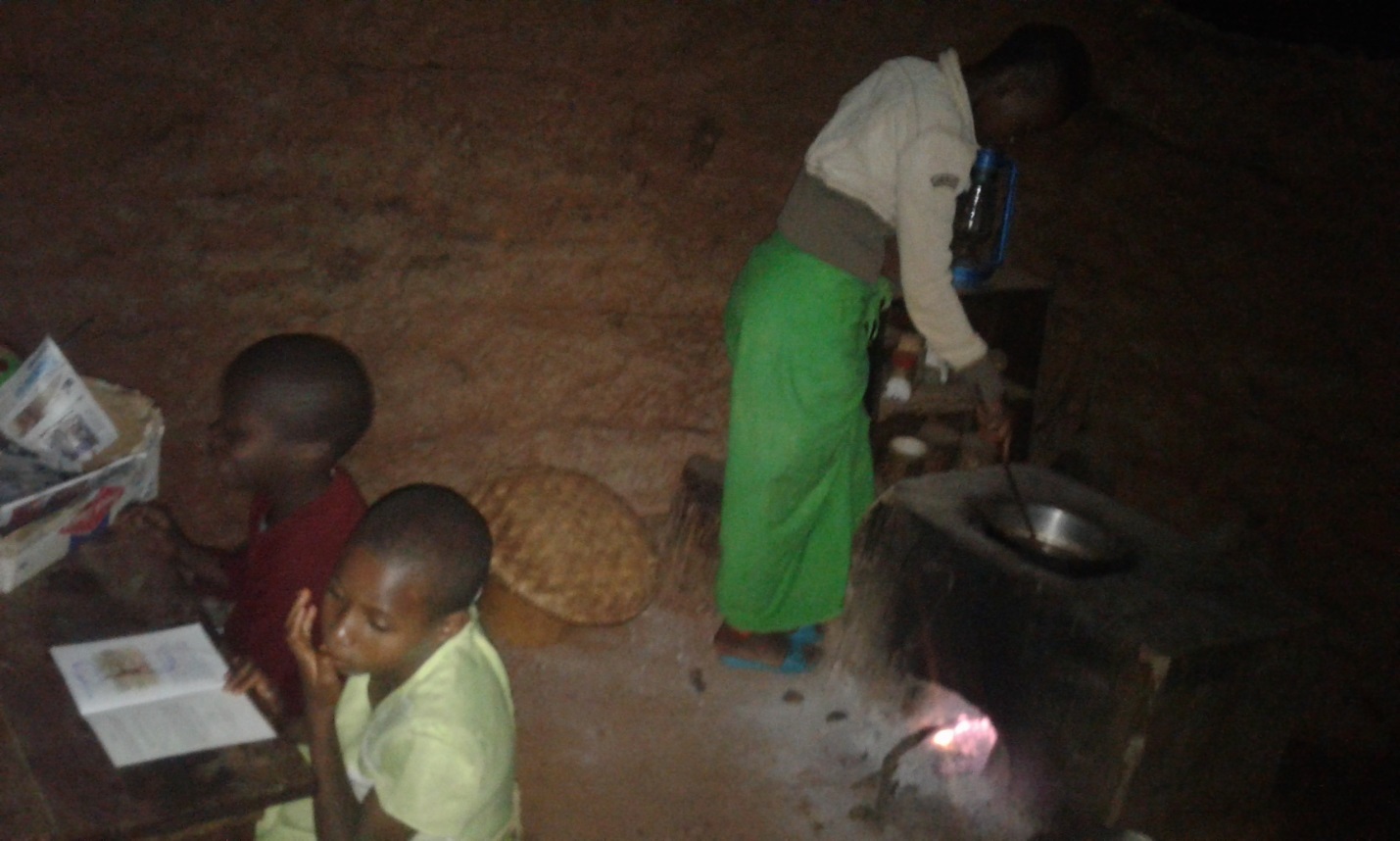 She further adds that….. “Even my children had challenges reading from home as the smoke affected their eyes, they couldn’t read and this affected their performance. They could not do their home work and were always at loggerheads with teachers.  My children were always coughing and this meant that we keep spending most of our income on their treatment.  We could spend over KES 800 weekly buying medicine. Health care is expensive and the worst thing is you cannot do anything minus being healthy. Seldom would a week pass without seeking medication at Rukanga dispensary due to chest infection. This was expensive knowing that my husband doesn’t have stable income, that time I also didn’t have any income. We could not invest in anything, we couldn’t.’’

Zubeda further says… “However today am a happy woman, mother and wife. My husband is happy with my cooking after understanding that it wasn’t my fault causing all the smoke that used to bedevil us but the type of stove we were using.  Both I and my children are now healthy; we no longer cough nor have unending running noses. We live with some decency. And all this has been as result of the energy efficient stove we received from Carbon Zero. Since getting this stove five years ago my life has changed a lot. The previous chest infections are things of the past. I spend the money previously spent on medication on my children’s fees. In fact just to the math’s if we save KES 800 per week we used on buying medicine we can afford to have KES 3200 every month and that is good money for us.’’

She further adds that… “I know many women could be suffering with their families in other places in the country as they still use three stone fires. I see even some in other villages that did not get stoves – they still have the same problems I had five years ago. I feel for them. I feel I could do something. My prayer is that you reach them and sensitive them because they don’t know the effects of the stoves they are using, they are slowly dying innocently. If you can reach out and just teach people about the effects of the three stone stove and distribute the improved stoves to them then life would change in the communities where people are suffering. Today I know that what happens in the kitchen can totally mess the health of a family. And since all families especially in the rural areas have kitchens and cook almost every day this is an issue that must be prioritized to save lives before it’s too late. I cannot thank Carbon Zero enough I just wish they continue expanding and reaching many more people and even the whole country if possible.’’