Zimbabwe is located in southern Africa and shares borders with South Africa, Botswana, Zambia and Mozambique. A country of astounding natural beauty, Zimbabwe boasts Victoria Falls in its extreme west whilst the Eastern highlands make up much of the country’s east. With a population of over 16 million, Zimbabwe has suffered immense economic hardship in recent years, with years of economic mismanagement leading to a period of hyperinflation and the eventual collapse of the currency in 2009. With domestic economic woes compounded by international sanctions, the infrastructure of Zimbabwe and in particular the ability to maintain rural water supplies has been severely compromised in recent years. 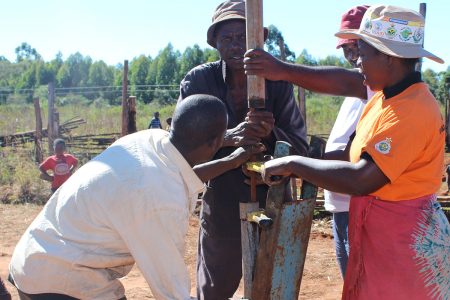