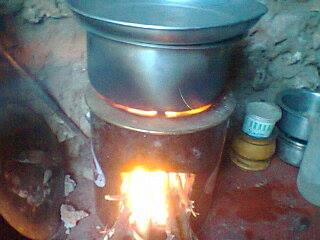 Over the past couple of months our field staff in Likoni, Kenya, have been on the ground distributing our new energy efficient improved cook stoves. These stoves are much more efficient and resource-friendly than traditional stoves or three-stone-fires.

The project received a number of positive responses from several women’s groups in Likoni. The adoption and sustained use of the new stoves will lead to improved livelihoods through improved health, time savings for households and other indirectly derived economic benefits. 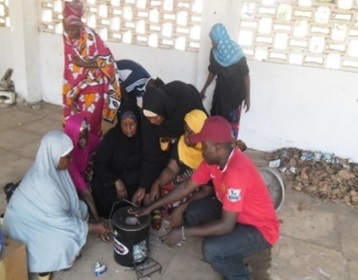 The stoves were purchased by the end users at a subsidized cost and the stove adoption rate was quite high. This was partly due to the scarcity of firewood and the rising cost of fuel wood in the area.

co2balance also provided training on how to use and maintain the new stove. This capacity building approach was essential for the success of the project. Money saved from using the improved cookstoves could used to cover immediate needs such as food, medicine and clothes. Time saved from not having to collect firewood and faster cooking times could be used for other household tasks, farming and other income-generating activities.