The two projects have reduced greenhouse gas (GHG) emissions and indoor air pollution in Kenya by the distribution of domestic wood-burning improved cook stoves in households. It worth mentioning, that the majority of Kenya’s population (68%) is dependent on biomass as their primary source of energy for cooking.

Aberdares is a rural district in central Kenya near the capital, Nairobi. As a result of this project, 7,946 households are using the efficient cook stoves, and emissions have reduced by 24,441 tCO2e in the last year. Kisumu with a population of 968, 909, Kisumu is located in the Nyanza Province in West Kenya. Due to the project, emissions have reduced by 40,530 tCO2e in the last 13 months. The projects have also reduced time spent collecting wood by local people for cooking and reduce pressure on deforestation and local ecosystems.  In addition, 5693 people in total report increase their health because of using the cook-stoves.

Thanks to everyone involved over the last year in the successful implementation of these two projects. CO2balance will continue to reduce GHG emissions and improve the lives of Kenyan communities. 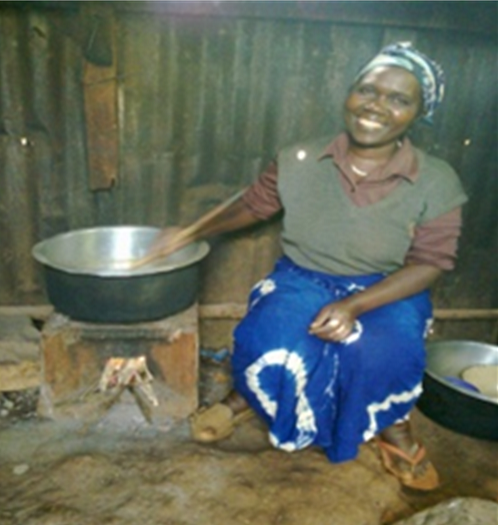