From inception to date the residents of Kasighau location in Voi district have continued enjoying the many benefits accrued from usage of Carbon Zero stove.
Before acquiring the Carbon Zero stove, the women and children in Kasighau location had been reduced to the daily drudgery of collecting cooking fire wood in the better part of their daily routine. Many of the children did not have time for their studies because they could not afford to leave this hefty chore to their mothers alone. Many are the days that they were absent from school. The place of the woman was purely in the kitchen. Involvement in any income earning activity was not in the mind of many women from Kasighau. Their minds had been enslaved in the daily routine of collecting fire wood for use on the wasteful 3 stone jiko.

The fuel efficient Carbon Zero stove came to them at the most appropriate time. Since the years the stove has been in use, more women have become more economically empowered. This has significantly been attributed to the less time utilized by the women in fire wood collection. The fire wood that used to last a family for one day in preparing 3 meals with the traditional 3 stone jiko can now last the same family for one week. The stove is also highly efficient in terms of time spent for cooking. Many women now attest that they spend less than half of the total time originally spent cooking the same food with the 3 stone traditional jiko.

Meet Hanna Manga the chair lady Rukanga basket weavers. She once wondered how usage of Carbon Zero stove could have a positive impact on his economic development. Let me explain with her life. 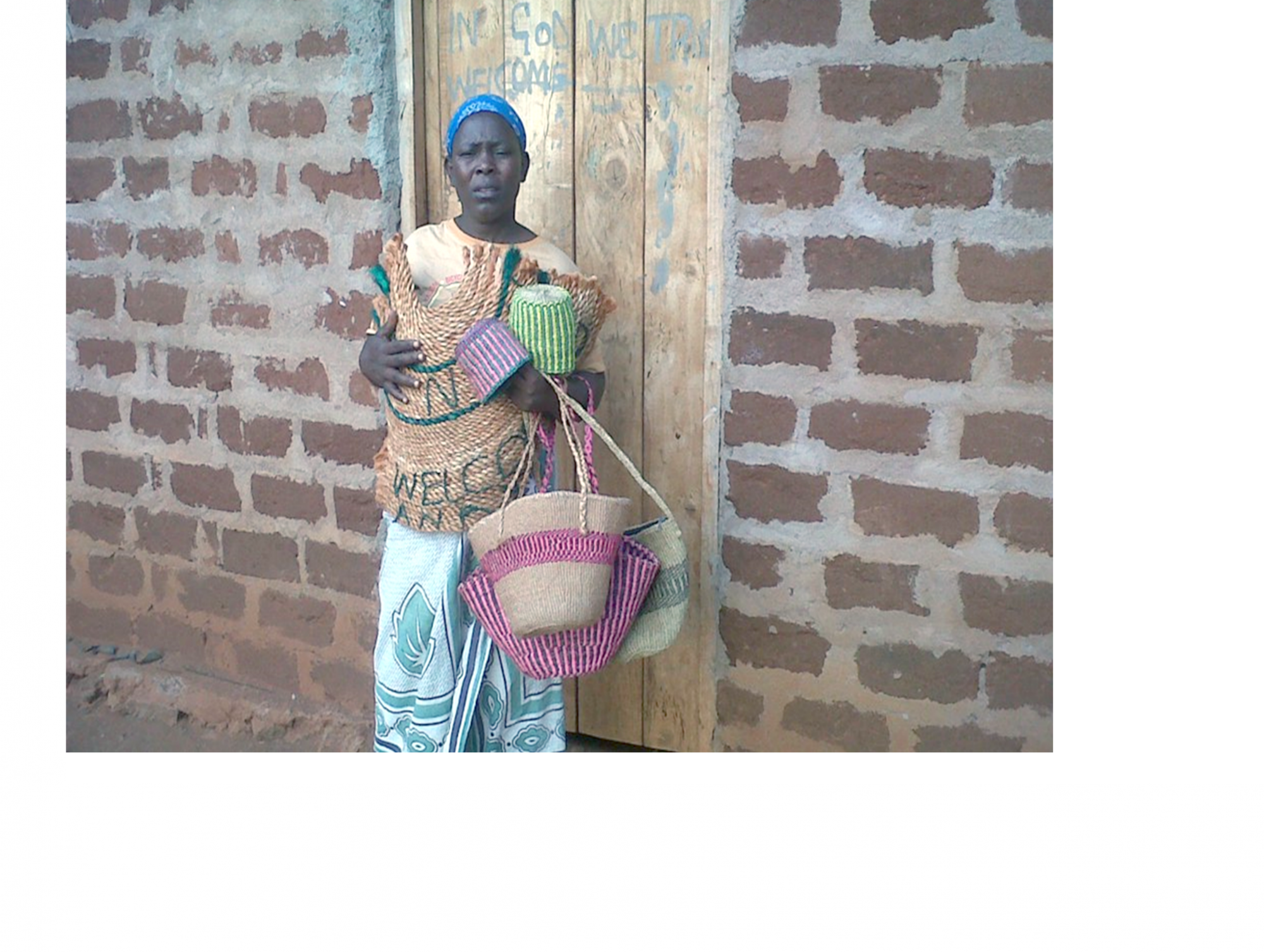 Since benefiting from Carbon Zero stove, Hanna as had more time set aside for basket weaving. This is because she spends less time for collecting wood for usage with his Carbon Zero stove. When cooking with the Carbon Zero stove she also utilizes far more less time because the stove is fast since it retains a lot of heat when lit unlike the traditional 3 stone jiko. The net effect of this is an increase in the number of baskets weaved and sold each month. With the proceeds from the sale of the baskets she has been able to financially support the education of her two sons who are now schooling at Voi secondary school. The extra money saved from the baskets proceeds have been wisely utilized by her to build a decent house which is in the back ground.

With the adoption and usage of Carbon Zero stove, this has saved Hanna the extra minute required to weave an extra basket. With the sale of an extra basket she is able to make an extra income required for her children’s education.
Compiled By; Kenneth Mukuru, Moses Nyaga and Moses Maina